My initial thought upon getting completely sucked into this book is that this book is SO GOOD and I absolutely LOVED IT.

And yes, while I want to just leave it at that, The Queen of the Tearling by Erika Johansen is not perfect. In fact, there are some imperfections touched upon too much. But let’s start at the beginning first, shall we?

Okay, so the plot to me wasn’t spectacular. I liked the premise, how this girl of nineteen was raised in hiding after the death of her mother, the former queen and she has to travel to the Keep to get coronated as the new queen all while dodging several enemies and navigating the game of politics. I liked the background we kind of get here and there throughout the story about where the Tearling forefathers came from; this was definitely a huge unique factor to this story.

What wasn’t quite unique is the idea of an exiled royal having to ‘take back’ the throne and keep it and the idea of the hero/heroine having some magical necklace or other item that helps them and/or proves who they are, etc. But I did think that there was enough uniqueness in different aspects of the book that made it worth the read for me.

“You win your people or you lose your throne.”

I thought the characters were great save a few annoyances. I like Kelsea as a heroine because she seems realistic; she knows she isn’t perfect and like anyone that scares her, especially since she’s taking on such a huge role as leading as Queen. She learns tough lessons about being a a queen and leading people and making right decisions, though she does make a few hasty ones where she doesn’t exactly think about the consequences.

The majority of the other characters are either her Queens guard or other people in the Keep. The Guardsmen that she interacts with the most are great characters. I love Mace who ends up as Kelsea’s Captain. He’s kind of like a father figure to Kelsea; totally trustworthy and not afraid to tell her when she did somethings wrong.

“You think of beauty only as a blessing, Majesty, but it brings its own punishments.”

The other characters add to the dynamic and I think are well executed and have their own touch of uniqueness.

There’s also the Red Queen, the mysterious and powerful ruler of the neighboring kingdom Mortmesne. She also doesn’t seem perfect or all powerful; she has weaknesses.

Kelsea also meets The Fetch, a robin hood like figure except he doesn’t give back to the poor. He seems kind of like an anti-hero to me. We don’t see much of him in this book, but I am curious to see if he shows up more.

The writing is good and I thought that Johansen did a good job incorporating a lot of background info without making it into info dumps. Don’t get me wrong, there is a lot of information and events packed into this book, which is why the book is 430 pages. However, the writing wasn’t spectacular, but I don’t let that get in the way. As long as everything makes sense and flows well, I’m fine with the writing.

“Carlin often said that history was everything, for it was in man’s nature to make the same mistakes over and over.”

Okay, so there were some things that I disliked. The first big one is that Kelsea’s imperfections were touched upon too often. It seemed like her being too plain looking, having a couple scars and not being skinny were mentioned in some way or form in too many chapters. I get mentioning it at times since Kelsea is on the insecure side, but it seemed like there was too much effort put into Kelsea being different by being plain, etc.

The other thing that kind of sucked was that a big portion of the beginning of this book was devoted to Kelsea traveling to the Keep. It didn’t seem to be that much when reading, but late thought about it. Though I figured it’s better to have a little too much rather than rushing the travel too much.

I’ve read a few other Goodreads reviews and it seems like some things that Kelsea knows doesn’t fit into a fantasy world. However, since I’ve read the second book already, I know why that is and I’ve also took some guesses by the time I read the second book. While it didn’t take away from the story for me, I can understand why this seemingly lack of consistency for the world created is a negative for some people.

“They had found the seven volumes of Rowling with no help at all, but there was no squabbling.”

Ultimately, the things I liked outweighed what I didn’t like, but either way I want to see this story to the end, even if I don’t end up liking the next two books or even the whole story as a whole once I finish reading it.

If you read Queen of the Tearling, what did you think? Is this one on your TBR?

3 thoughts on “Book Review: The Queen of the Tearling by Erika Johansen” 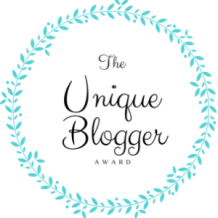