When I was looking to bake something a couple weekends ago, I found myself craving something chai flavored – you know that slightly spicy cinnamon flavor. When I cam across this French Vanilla Chai Cinnamon Roll recipe from Frugal Foodie Mama, I knew I found the recipe I wanted to try for the weekend.

Let me tell you, it did not disappoint.

Once again, I did a total fail when it comes to the dough. I was getting frustrated when I started mixing the dough ingredients and thought ‘WAIT, I have a beautiful KitchenAid mixer with a dough hook, I’ll just use that!’

Obviously, I completely forgot that the dough hook is meant for kneading the dough once it has risen after mixing it.

Luckily, while the dough didn’t seem to rise as much as it should have, the dough felt okay while I kneaded it and rolled it out. The rolls still came out tasting delicious.

A delicious twist on a traditional cinnamon roll … so what are you waiting for? Go bake some yumminess! 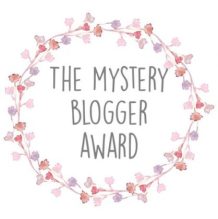