Wow, was my October a terrible reading month for me. I read a total of 6 books. I think I usually average somewhere between 8-10 books a month. I think I got stuck binge watching a show early in the month and then before I knew it, I only had a couple weeks until October 31.

I was excited to participate in my first read-a-thons ever and I’m bummed that I didn’t finish many of the prompts. But I did read a few books that counted and were really good reads.

Thriller October was hosted by Read with Angie and had 6 prompts. Sadly, I was only able to complete two of them: Read a Thriller by a BIPOC Author and Read a Ghost Story or a Book About a Haunting.

Spooktober was hosted by bookstagrammer spookyreadathon and there were two team books plus 6 prompts. Again, I only read two books and both satisfied the team books.

Mexican Gothic was also a read that ended up being not quite what I was expecting. I’m still processing this one too and trying to come up with the best words to describe it. I will say that Moreno-Garcia is very talented.

In addition to reading these three books for the read-a-thons, I also finished two books I was already in the middle of and started and finished another.

I don’t have a lot of expectations for what I’ll be able to read for November. Since I wasn’t able to read a lot of the books I owned in October, those are still next on my list. Since that list is kind of on the long side, I’m just going to list the ones that I’m particularly excited to read.

The Turn of the Key by Ruth Ware

The 7 1/2 Death of Evelyn Hardcastle by Stuart Turton

None Shall Sleep by Ellie Marney

What’s on your November TBR?

At this point, I don’t think I’ll ever not like a book by Helen Hoang @hhoangwrites
What are your favorite mysteries and thrillers?
Saw this sign while having fun in the mountains last week .. wanted to share 😊❤️ #bookstagram #book #books #bookstore #read #reader #booklover #bookaddict #booknerd #bookworm
My Self Care Sunday today🧖🏻‍♀️ I already did my mask and showered .. and my self care wouldn’t be complete without a book! What does your self care Sunday look like? 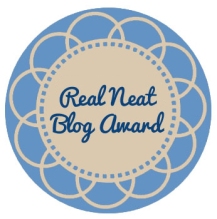